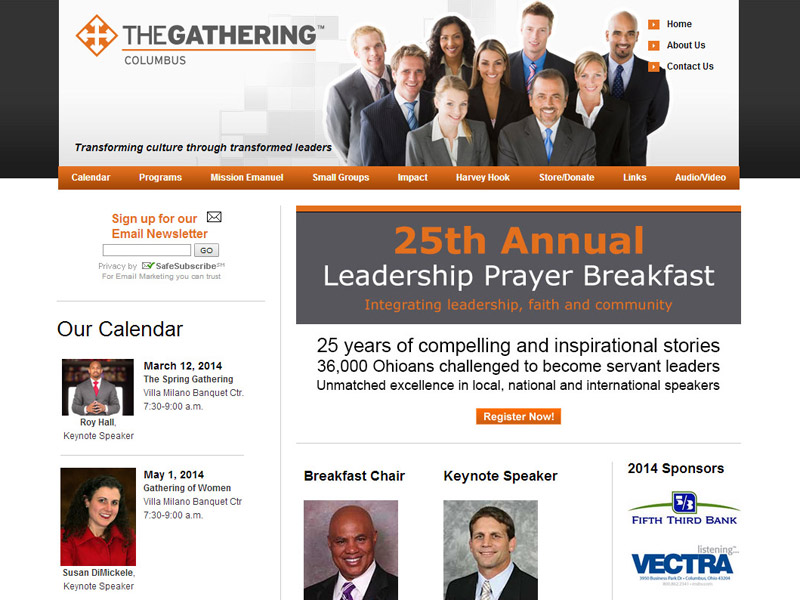 The Gathering/Columbus began in June 1988 as a local chapter of The Gathering/USA, Inc. which is a 501c(3) organization with its national office in Orlando, Florida. Columbus is one of fifteen chapters in metropolitan areas in the United States, Dominican Republic, and South Africa. What began as one small weekly gathering at the Athletic Club of Columbus has grown into a partnership of individuals, businesses, and organizations that has served over a quarter million people since its inception.

Now with an office in the North East Ohio, Akron/Canton Area.